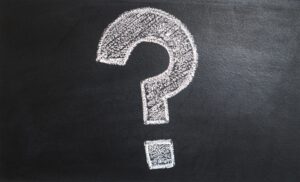 The G7 underwhelms, with numbers that don’t add up

The G7 began their much-anticipated summit last week with a target to reach 1 billion doses of Covid-19 vaccine in pledged donations for low- and middle-income countries (LMICs). The result could be described as underwhelming (as well as unclear).

To be fair, the US set a high bar early in the week, with a plan to donate 500 million Pfizer-BioNTech doses (working “with,” but not necessarily through, COVAX). It was going to be hard for any other G7 member to make a splash in the wake of that announcement. But despite starting already halfway to the 1 billion dose target, the G7 essentially stalled out without leveraging the momentum from the US:Pfizer agreement.

According to the post-summit communique, the G7 pulled together commitments for 870 million donated doses. They then added in donation pledges made earlier in the year to push the total over the 1 billion dose target. Of the 870 million doses, G7 leaders “aim to deliver” half of those in 2021.

The dose donation pledges from the G7 summit, however, were not straightforward. Details are scarce and several of the commitments appear to be recycled, rather than representing additional supply. For example, France and Germany each announced donations of 30 million doses coming out of the G20 summit in May but these totals appear to be included in the G7’s 870 million.

Our search for clear indications of new commitments turned up only a total of 648 million doses (US 500M, UK 100M, Canada 13M, France 5M, Japan 30M). It is unclear if France, Germany, and Italy made pledges in addition to the commitment they have already made through the EU bloc (for a combined total of 100 million doses in 2021), aside from 5 million mentioned by the French president. Or perhaps the 870 million includes “dose equivalents” in funding for COVAX. Without transparency, it is difficult to parse how the G7 leaders arrived at the 870 million figure and, perhaps more importantly, impossible to hold them to account.

The post-summit communique also notes, with a self-congratulatory tone, that G7 countries will export 700 million (presumably purchased) vaccine doses in 2021, with “almost half” going to non-G7 countries. So it appears that the rest of the world, still waiting for delivery of the vaccine they’ve ordered, can expect the wealthiest countries to ship out 350 million doses in 2021. Is this the best we can do?

What the world needs now

It looks likely that LMICS will reach 20% coverage by the end of 2021 and that there will be sufficient doses produced to meet global demand by the end of 2022. But due to distribution, delivery, and demand challenges, we project that it will be well into 2023 before all countries have received and distributed vaccines to more than 60% of their populations.

The gaps in vaccine access have been widening, rather than shrinking, over the past few months. This is in part due to the export restrictions from India, which devastated COVAX 2021 supply. But it is also due to the rapid rates of vaccination in high-income countries, as several are extending vaccination to adolescents and teenagers, while countries across Africa are still waiting for doses to cover their healthcare workers.

As the US, EU, and UK begin to meet domestic demand over the next few months, we expect to see significant increases in exports and vaccine donations from these countries. This will help to make up for some of the COVAX supply shortfall and will help LMICs make a dent in vaccinating their priority populations.

But a vague promise of 870 million doses is not enough and this lackluster response will allow space and time for new variants to emerge. Immediate delivery of vaccine doses is needed to curb a crisis in countries in Latin America, Africa, and many parts of Asia. This must include donations but also expedited delivery of the purchases these countries have made.

Note: As donations will become an increasingly important part of reaching vaccine equity, we are building out new data and visualizations on vaccine donations, which we hope to launch next week.

THE G7 UNDERWHELMS, WITH NUMBERS THAT DON’T ADD UP
Tagged on: COVID    Equity    globalhealth    innovation    Vaccines