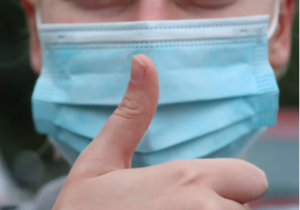 COVID-19 vaccines across the world have been produced and authorized for use with record speed. So far, 13 vaccines have received either limited or full regulatory approval. It’s important to note that the safety of the vaccines is continuously monitored even after limited and full regulatory approvals are granted. The recent post-approval regulatory revisions and suspensions of Oxford-AstraZeneca and J&J demonstrate the continuous monitoring efforts by regulatory bodies. To highlight the importance of regulatory oversight for global vaccine access and confidence, we’re launching a visualization tracking country-level and vaccine-level regulatory authorizations today and providing insights in this blog.

The regulatory approval process and timeline differ from country to country, with the first approval announced by Russia for their Sputnik V vaccine manufactured by Gamaleya Research Institute on August 11th 2020. The approval of the vaccine with no reliable phase-III clinical trial data was widely criticized globally, though some countries followed Russia’s lead and gave Sputnik V limited approval. Six months later, data demonstrating Sputnik’s high efficacy of 91.6% in phase-III clinical trials was later published in The Lancet, leading to approvals in more countries, now totaling 61. However, some countries are still wary of approving Sputnik V without further investigation, leading to a split between countries in the EU. Russia has also given emergency use approval (in a similar manner, without late stage clinical trial results) for domestic candidates EpiVacCorona and CoviVac manufactured by the Vector Institute and Chumakov Centre respectively.

China also gave emergency use approval to their locally developed vaccines Sinopharm (Bejing) and Sinovac ahead of phase-III clinical trial findings in summer 2020. Data from the phase-III clinical trials later showed 50–79% efficacy rate, which led to approval for general public use in December 2020 and February  2021. Two more Chinese vaccines Cansino and Sinopharm (Wuhan) were approved for general public use in China in Feb 2021. A fifth Chinese vaccine, produced by Anhui Zhifei Longcom Biopharmaceutical Co. Ltd. and the Chinese Academy of Sciences, received emergency use approval in March 2021 making China the country with the most home-grown vaccine approvals.

Of note, both China and Russia have only approved domestically developed vaccines so far (though Hong Kong has purchased Pfizer-BioNTech and Oxford-AstraZeneca doses, in addition to Sinovac).

The UK was the first stringent regulatory authority (SRA) to approve a Covid-19 vaccine, granting emergency use authorization to the Pfizer-BioNtech vaccine in early December 2020, followed quickly with emergency authorizations for Oxford-AstraZeneca (December 2020 ) and Moderna (January  2021). The EU followed a few weeks behind, authorizing Pfizer-BioNTech in December 2020 and Oxford-AstraZeneca and Moderna in January 2021.

The US has given emergency use approval to three vaccines: Pfizer and Moderna in Dec 2020, followed by Janssen (Johnson & Johnson) in Feb 2021. As SRAs, the approval process in the UK, EU, and US can be considered more rigorous, compared to China and Russia, requiring results from late-stage clinical trials and longer vetting process.

In Latin America, AstraZeneca was first approved for emergency use on Dec 30 2020 by Argentina and El-Salvador (the same date as in the UK). Latin American countries have now widely approved Pfizer-BioNTech and Oxford-AstraZeneca, with a few also providing limited approval for Sputnik V. Most Latin American countries have also provided limited approval for either Sinopharm (Beijing) or Sinovac, with a near-even split. Brazil is the only country in Latin America that has given full regulatory approval to any vaccine, granting this status to Pfizer-BioNTech in February 2021 and the Oxford-AstraZeneca vaccine in March 2021.

Other vaccines that received limited regulatory approval include the domestically developed COVAXIN by Bharat Biotech in India before phase-III data was available (like China and Russia) in January 2021. Outside India, COVAXIN is being used in Iran. India has also given emergency use authorization for the domestically manufactured AstraZeneca vaccine (Covishield)  by Serum Institute in January 2021.

In addition to country-level approvals, WHO also has a process in place to register vaccines under Emergency Use Listing (EUL). The Pfizer-BioNTech vaccine was the first vaccine to receive WHO’s EUL on December 31, 2020 followed by AstraZeneca on Jan 29, 2021. Several other vaccines have applied for WHO EUL and the review status can be found here. Vaccines distributed through COVAX need to have WHO EUL.

Some countries such as India are considering approvals granted by other regulatory bodies such as EUL, USFDA and EMA, in lieu of waiting for their own local regulatory approvals  (for vaccines developed in other countries) to fast-track vaccine administration.