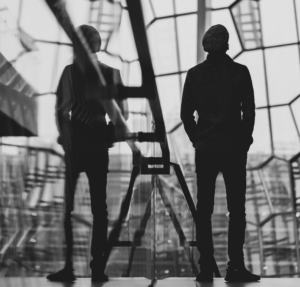 The global imbalance in Covid-19 vaccines is often framed in terms of wealthy versus poor countries. While it can be summed that way (wealthy countries do have the majority of doses, while low-income countries have almost none), this overlooks the experience of upper-middle income countries (UMICs), such as Brazil, Indonesia, and China.

The challenges faced by UMICs are different than those faced by lower-middle and low-income countries. They do not lack public funding to make vaccine purchases; countries like Mexico and Brazil can finance large purchases. But UMICs were less willing to make these purchases at risk, when there was no indication that any of the vaccines would work. While high-income countries (HICs) purchased from multiple vaccine makers in the summer of 2020, before any efficacy data were released, UMICs tended to wait until there was some indication of efficacy before negotiating a deal.

This put them behind the large orders from HICs for vaccines like Pfizer-BioNTech, Moderna, and Oxford-AstraZeneca and meant their delivery dates were generally later. This issue is compounded by the location of manufacturing capacity for vaccines that have come to market. Most of the doses that have received authorization from stringent regulatory authorities are currently manufactured in HICs, many of which leveraged early investment in manufacturing (and sometimes export controls) to guarantee priority delivery.

What is particularly curious about the experience of UMICs is that many of these countries have manufacturing capacity and contracts to produce Covid-19 vaccines, but this isn’t leading to national supply. Brazil, Indonesia, Mexico, and Thailand (among others) have manufacturing contracts in place for a variety of Covid-19 vaccines but actual production has been slow to get going. Russia, which funded the development, testing, and manufacture of domestically produced vaccines, is so limited by domestic bottlenecks in production that it is relying on manufacturing partners in other countries. China, another UMIC with domestically developed vaccines, has far more manufacturing capacity but is still struggling to meet projections for domestic and global production.

The production delays in UMICs have significant epidemiological consequences. In Brazil, for example, the health system is overwhelmed; shortages of hospital beds and oxygen mean acute cases go untreated. The country now accounts for a quarter of daily Covid-19 deaths globally and the death rate among even younger adults is rising rapidly. There are many factors contributing to the unchecked spread of Covid-19 in Brazil, including a chaotic response from the national government, contradictory public health messages, and rampant misinformation. But another crucial factor has been the slow rollout of vaccines.

Brazilian firms have technology transfer agreements in place to manufacture Oxford-AstraZeneca, Sputnik V, and Sinovac’s Coronavac, for domestic and regional distribution. But the doses are not materializing and only 2% of Brazil’s population have been fully vaccinated (9% have received a first dose). If we are going to address equitable access to vaccines, we need to better understand why production in Brazil and other UMICs is so far behind. Clarity on the causes of bottlenecks and delays for UMIC manufacturing will improve decisions about the manufacturing investments and policy changes needed to increase regional production.