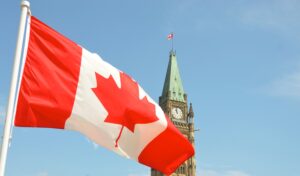 What is going on with Canada?

Canada followed the same vaccine procurement playbook as its wealthy peers, making early advance market purchases across a broad range of Covid-19 vaccine candidates. Between August and October 2020, Canada purchased doses from Pfizer, Moderna, Janssen (J&J), Oxford-AstraZeneca, Sanofi-GSK, and Medicago (a domestic company). In January, they added Novavax. With 500% coverage in confirmed purchases (going up to 600% when optioned doses are included), Canada defines the top of our population coverage graph.

But as we have seen over the past few months, vaccine purchases, vaccine deliveries, and vaccinations do not always track together. Canada’s success with advance market purchases has not translated into strong supply or rate of vaccinations. They have faced delay after delay from vaccine manufacturers and have received very few of their ordered doses. Their vaccination rate of 7% (as of March 11 according to Our World in Data) ranks second to last among the G7 nations. (Japan is in last place with less than 1%, hampered by a slow start and historically high vaccine hesitancy.)

Canada was heavily criticized for purchasing so many doses per capita and then criticized again for requesting doses through COVAX, one of the only high-income countries to do so. Canada has committed to donate excess doses and helped to develop the donation framework for COVAX. But now they are in a position where they do not have any doses to donate. So what went wrong for Canada? Our analysis suggests three factors at play: the timing of vaccines coming to market, opaque negotiations and contracts, and lack of manufacturing capacity.

Canada bet more heavily on the vaccines that have been slower to get to market. Their largest purchases (in terms of number of people covered) were for Medicago, Janssen, Sanofi-GSK, and Novavax. But it was Pfizer-BioNTech, Moderna, and Oxford-AstraZeneca who cleared the finish line first. Moderna, which accepted US government funding for development and manufacturing, has been clear that they are prioritizing the US for deliveries. That means that Canada has been reliant so far on their smallest orders: Pfizer-BioNTech (40 million doses) and Oxford-AstraZeneca (20 million doses). They have recently approved Janssen, giving them one more option. But like Moderna, Janssen is prioritizing US deliveries and indicated they would fulfill Canada’s order by the end of September. They have already announced delays for Canada and there is no target date for the first shipment.

It also appears that Canada did not negotiate favorable delivery schedules as part of their purchase contracts. But because details of the contracts and negotiation processes happening globally were kept confidential, they would not have had any way to know. The lack of transparency (on both price and delivery schedules) created an information imbalance that favored vaccine makers, who had access to the contract documents across countries, and put countries at a disadvantage. Country leaders often did not know where they stood in the vaccine delivery queue until doses started shipping out.

Finally, the lack of domestic manufacturing capacity has left Canada reliant on precarious global supply chains. Other wealthy countries, including the US, UK, Switzerland, and Australia invested heavily in 2020 to build on infrastructure they had developed in previous years and swiftly unlock new capacity. But Canada, which has arguably underfunded vaccine manufacturing for more than a decade, did not have this base on which to build. The country’s manufacturing was not ready to mass produce new vaccines. This meant that Canada could not leverage manufacturing contracts to control supply or get faster delivery.

One of the market lessons highlighted through this pandemic is that location of manufacturing matters. In part, this is because of the public investment that supported rapid expansion. Plants in the US that ramped up with US government funding through Operation Warp Speed are prioritizing US orders. The same is true in Europe and in the UK. These leaves Canada without any priority status. It also makes Canada vulnerable to export controls, as countries clamp down on vaccines leaving their borders.

Canada is building manufacturing capacity now and expects to be churning out doses of Novavax by the end of 2021. At that stage, Canada may become an important supplier for countries around the world still struggling to get enough vaccine. And investment now will likely pay off in future. Next time, Canada will be more prepared. But for now, it provides a case example in the importance of transparency and local manufacturing.

WHAT IS GOING ON WITH CANADA?
Tagged on: COVID    Equity    globalhealth    Vaccines